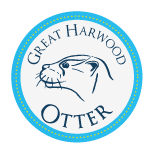 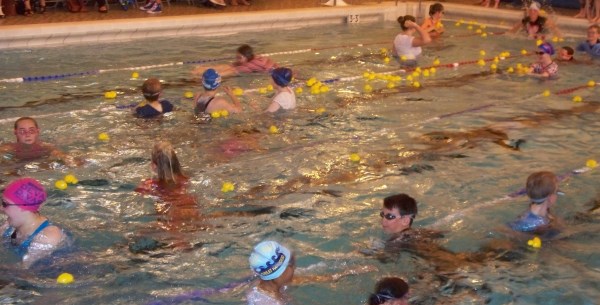 It was another amazing night in the pool at Great Harwood Otter Swimming club on Friday 14th June as the club hosted their first ‘Wild Otter Pyjama Gala’. A new and exciting team competition, where the Otter swimmers got to swim in their Pyjamas, it proved to be a very popular and fun evening. Where the 10 teams of 6 swimmers, aged from 6 upwards, were led by their enthusiastic and surprisingly competitive team captains, as they competed in a series of ‘Bedtime themed’ races wearing or collecting Bedtime items.

The pool was a riot of laughter, as a packed poolside audience thoroughly enjoyed our madcap pyjama gala night. The event started with a parade around poolside where all the swimmers had dressed up their pyjamas and we chose a ‘Best Boy’ and ‘Best Girl’ from the parade. The winners were Joshua Bleasdale and Milly Walmsley, we also had spot prizes throughout the gala, ‘biggest splash’ and ‘who wet the most parents’ were popular prizes. The winning team was led by team captain Alice Roberts and the runners up team was captained by Arielle Metheven.

The event was a fun fundraiser, and a raffle and chocolate tombola were held, “many thanks to Tesco in Accrington for their kind donations of prizes and Prestons of Great Harwood for supplying the trophies, without the kind support of local businesses events like this could never be held” said Joyce Miller club secretary. The proceeds of the event will be split between the Otters club and the Thwaites Empire Theatre in Blackburn for their ‘Raise the Roof campaign’, Joyce said “we will be presenting a cheque for £150.00 to the Thwaites Empire Theatre, as many of our swimmers and our head coach are involved in productions at this prestigious and much loved local theatre.” 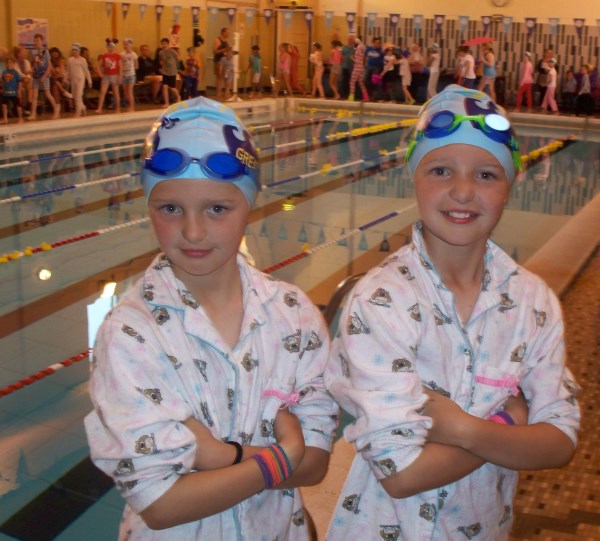 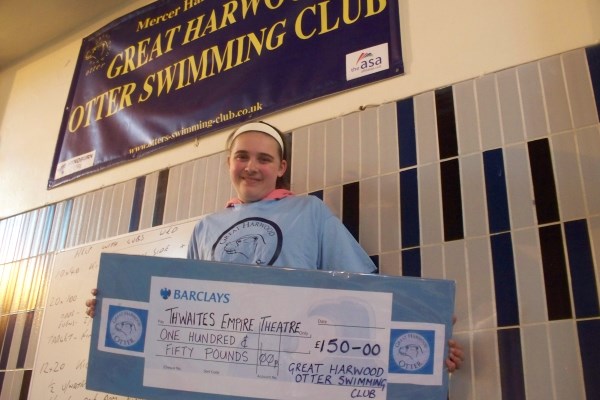